For nearly 15 years, THE WATER COOLERS have entertained audiences around the world, as far reaching as Singapore and Australia, with their high energy, uncommonly funny, authentic take on work and life. Smart phones, conference calls, kids, co-workers, and travel are just a few of the topics this group of top NYC talent turns into hilarious sketch comedy and song. They are one of the few acts to win Event Solutions magazine's Spotlight Awards for Entertainment of the Year multiple times.

In addition to their long-standing place as a top comedy act in the events world, they've recently added a keynote presentation to their offerings. Using their unique mix of music and comedy combined with real-world practical tips, their laugh-out-loud keynote, "Getting to Great Performance" has been described as engaging, motivational, amazing, relevant, on point, unforgettable, and brilliant by audience members.

THE WATER COOLERS writing team is a mix of professional comedy writers and people working in the "real world" and headed up by one of the creators of New York's longest running comedy hit ever, TONY 'N TINA'S WEDDING.

The performing cast is made up of New York professionals with resumes including top comedy clubs like Igby's, the Improv, the Comic Strip, and the Icehouse as well as Broadway productions of such shows as "Wicked," "Rock of Ages," "Legally Blonde", "The Adams Family" "Chicago" "Hair", "Pippin", "In The Heights ," "Les Miserables," "Mamma Mia," and many more. 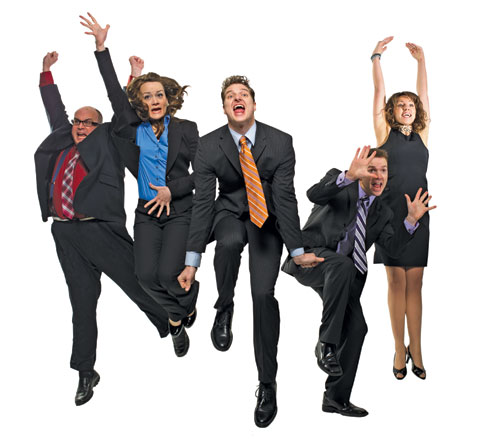 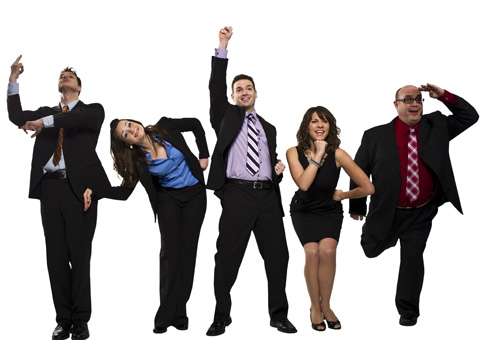 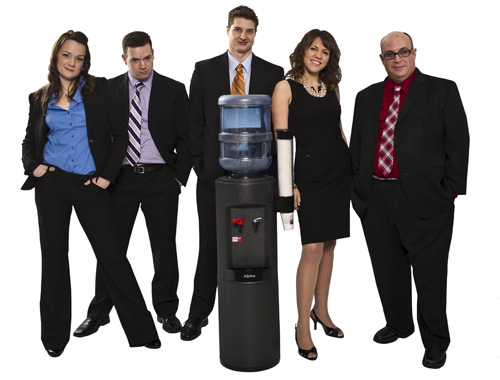 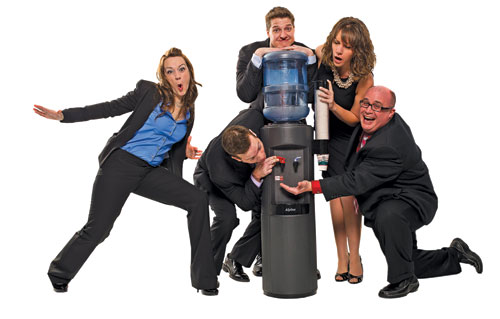 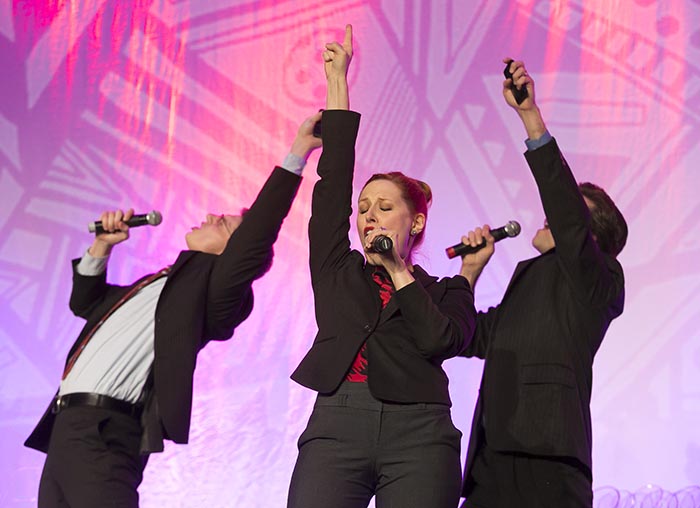 “Bravo to you and The Water Coolers team! You were sent to us from the Event Gods to assure our event’s success! Your lyrics and performance perfectly...

“I am so thrilled with how our show went! So many people told me after the show that your performers nailed it, everything was spot on and the customi...

“Thank you for everything… Your team rocked it! Even our Japanese team laughed. Afterwards, I was approached by MANY with compliments and kudos for ha...

“Thanks for being one of the highlights of our conference. They worked closely with us to get the information they needed to develop hilarious custom ...

“To sum it up, your cast was a blast; everyone loved it! I wanted to jump up like at a concert and clap for an encore but didn’t know if that was appr...

“The Water Coolers is an amazing act for anyone that wants to bring fun, excitement, and belly aching laughter to their corporate event. They sing, da...

“We used the Water Coolers as part of our annual conference during an afternoon break with our top executive guests who raved about the comedy! Given ...

"We recently had The Water Coolers perform at our annual convention. The evaluations were off the charts and our attendees loved their Keynote. The me...

“I cannot thank the Water Coolers enough! The entire process from start to finish was great. Peter did an excellent job explaining the process and hel...

"Anyone who suffers through the 9-5 grind...will find plenty to relate to in THE WATER COOLERS...sharp comic timing and enormous energy."

Ask questions, check availability, and get pricing information for THE WATER COOLERS