INTERESTED IN THE DEADFIELDS?
Add to Favorites Favorited Inquire Now

Stemming from the pines of the Carolinas to the swamps of South Georgia, members of The Deadfields converged in Atlanta Georgia in early 2011 for a simple, honest mission: to have fun writing and performing meaningful music.
The group's founding members knew they had something special from the get-go. Geoff Reid and Jeff Gardner began booking and performing shows before the lineup was complete and immediately started work writing, selecting, and recording songs that would become the band's debut release, "Dance In The Sun." After an effortless search for like-minded musical souls, Corey Chapman, Brandon Markert, and Chase Alger came on board to complete the line up in mid 2011.

The Americana/Folk-rock outfit's 2012 independent release, "Dance in The Sun," has since and so far climbed to #99 on the AMA (American Music Association) charts, reached #8 on the FAR (Freeform Americana Roots) charts, and achieved #61 status on the Roots 66 (The Alternate Roots) charts. The collection of songs was well received and reviews for the debut began pouring in.

The band's follow-up release, "Often Wrong Never In Doubt," (2013) was a year in the making, but well worth the wait. The band worked in studio time between many dates on the road and finished song selection for the album based on live fan reaction and the overall energy of the songs on stage. "Often Wrong, Never In Doubt" certainly shows the growth and maturity of the band in songwriting collaboration and musically as a whole. Completely self produced, engineered, recorded and released, this album shows The Deadfields' true commitment to sticking to their guns and doing things on their own terms without compromising quality. In persistent Deadfields' fashion, the group is already writing material for 2014.

Accessible, yet fresh and distinct, The Deadfields' energy and sound stir up a feeling similar to that of the Randy Rogers Band, the Old 97's, or the Avett Brothers. And their passion to create meaningful music bleeds through every performance, like a band on a mission. 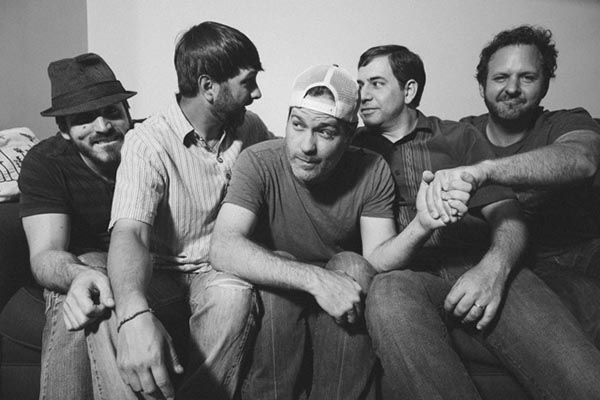 The Deadfields played our wedding on August 18th, 2012. They exceeded our expectations in EVERY WAY. They set the perfect mood, from romantic to rocki...

My wife and I were lucky enough to book the Deadfields for our wedding reception and ceremony music, and we could not have been happier with the resul...

Avett Brothers - At the Beach

Avett Brothers - And it Spread

Ben E King - Stand By Me

Ben Harper - Burn One Down

Bill Withers - Use Me

Bob Marley - Stir It Up

CCR - Have You Ever Seen the Rain

City and Colour - The Girl

Cracker - Get off This

Gotye - Somebody That I Used to Know

Grateful Dead - I know you Rider

Grateful Dead - Friend of the Devil

Guns & Roses - Sweet Child of Mine

James Taylor - How Sweet it is to Be Loved By You

Nirvana - The Man Who Sold the World

Nirvana - Where Did You Sleep Last Night

OMD - If You Leave

Pearl Jam - Off He Goes

Rod Stewart - You're In My Heart

Rolling Stones - You Can't Always Get What You Want

Sublime - What I Got

Sublime - Caress Me Down

Temple of the Dog - Hunger Strike

Temple of The Dog - Hunger Strike

The Band - The Weight

The Beatles - In My Life

The Doors - People Are Strange

The Eagles - Take it Easy

Tom Petty - You Don't Know How it Feels

Tom Petty - You Wreck Me

Van Morrison - Into the Mystic

Violent Femmes - Blister in the Sun

Willie Nelson - On The Road Again

Ask questions, check availability, and get pricing information for THE DEADFIELDS