Sticky Fingers is the #1 Ranked International Rolling Stones Tribute Band. Successful Fortune 500 companies such as CBS, MTV, VH1, The World Bank, Pitney Bowes, and Genentech as well as super celebrities Gwyneth Paltrow, Chris Martin, Jane Fonda, and Ted Turner have all insisted on hiring Sticky Fingers for their special events and so can you. These are just a few of the many satisfied clients that Sticky Fingers has performed their Rolling Stones show for over the years.

After attending a Sticky Fingers’ concert you will quickly understand why Sticky Fingers is the leading international Rolling Stones tribute band. Sticky Fingers has catapulted from a sold out 500-seat debut concert in 1981, to performing concerts in front of crowds numbering over 53,000. They have performed in Asia (Russia, China, Indonesia), Australia, Europe, Central and South America plus hundreds of cities across North America since 1981 Having performed with many “legends” of rock and roll, Sticky Fingers comes as close to the glory of the Glimmer Twins as anyone can.
Some of the artists who have performed with members of Sticky Fingers are Bruce Springsteen, Jon Bon Jovi, Cheryl Crow, Guns & Roses, Gwyneth Paltrow, Chris Martin, Alice Cooper, April Wine, Pat Benatar, Boston, Spencer Davis, Rick Derringer, Dr. John, Foreigner, Molly Hatchet, Steppenwolf, Marshall Tucker, Edgar Winter and the list continues and it continues to grow.
“The greatest rock and roll tribute band in the world!” boasts a talent pool of multi platinum musicians who have performed and recorded with the Rolling Stones themselves. The musicianship is never less than top-shelf. Wikipedia has honored Sticky Fingers band accomplishments by featuring the band with their own Wikipedia page and calling the band a “SUPER GROUP". Members of Sticky Fingers have been featured in countless magazines including Guitar Player and Modern Drummer. The talents of these fine musicians have been combined to produce the ultimate Rolling Stones Tribute Band.
From the inception, the number one criteria for Sticky Fingers was and still is “A Tribute to the Rolling Stones,” not just a band playing covers. This is not an ordinary concert; the combination of music and effects such as balloons, flowers and fireworks make it a festive event. The show is a well rehearsed combination of sound, lighting and music… Rolling Stones music. The marriage of traditional guitars and thunderous drums is carried out ceremoniously. Add the classic vocals, searing harp and the combination is complete. 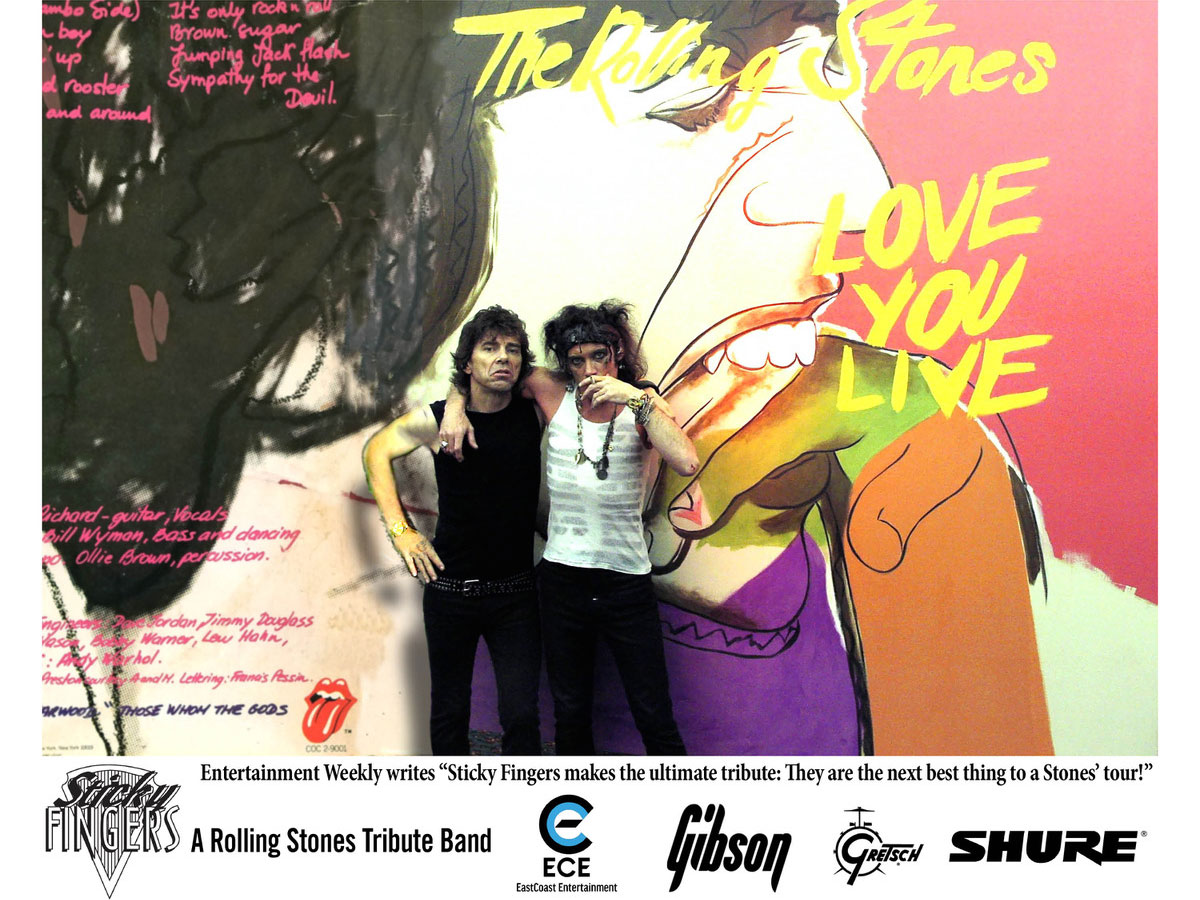 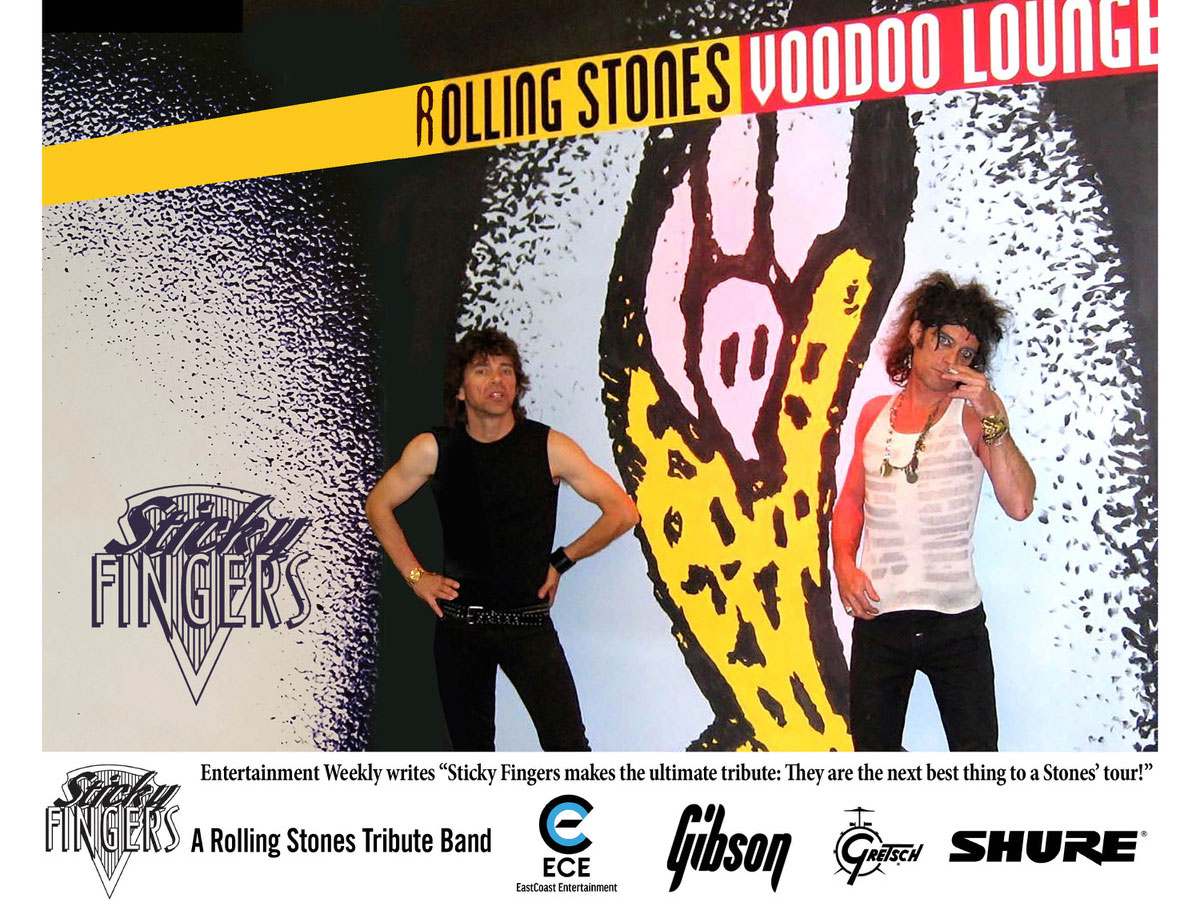 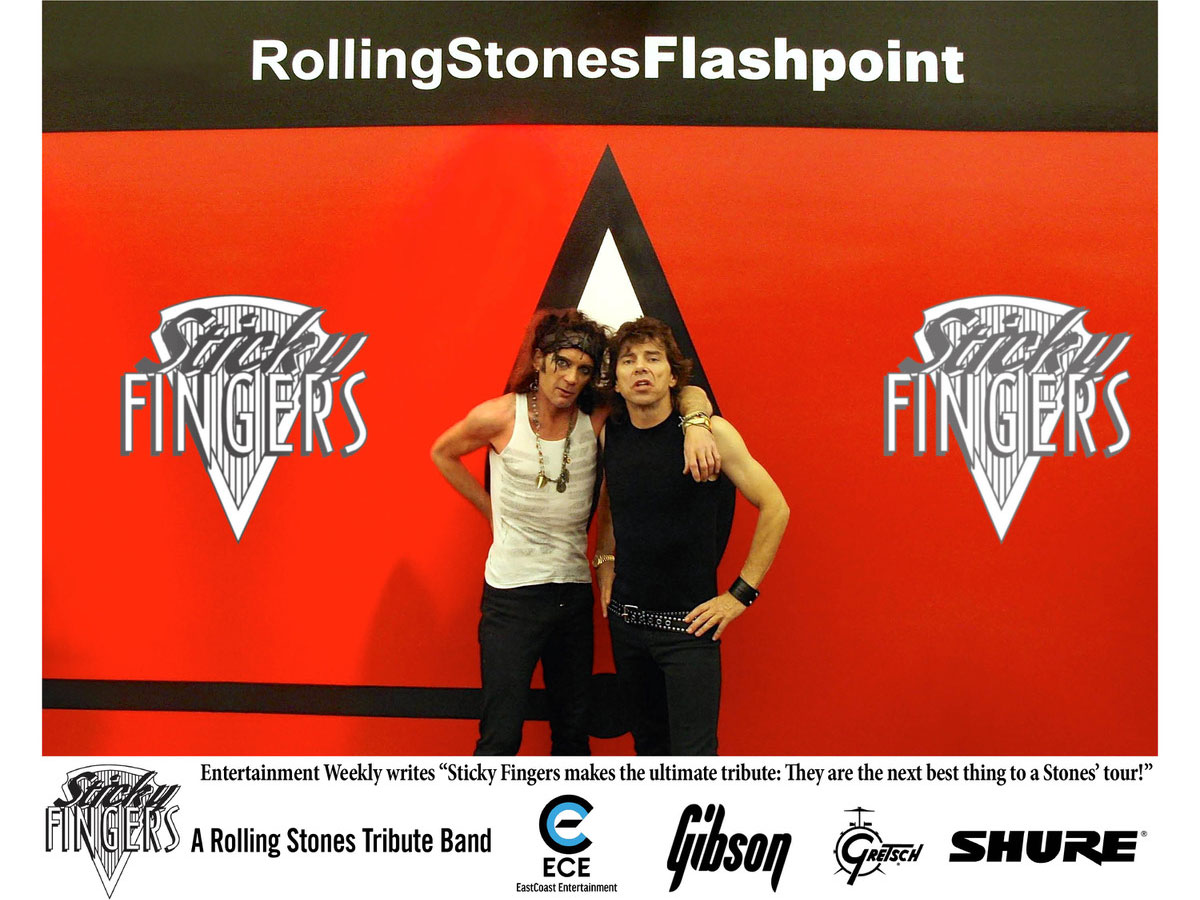 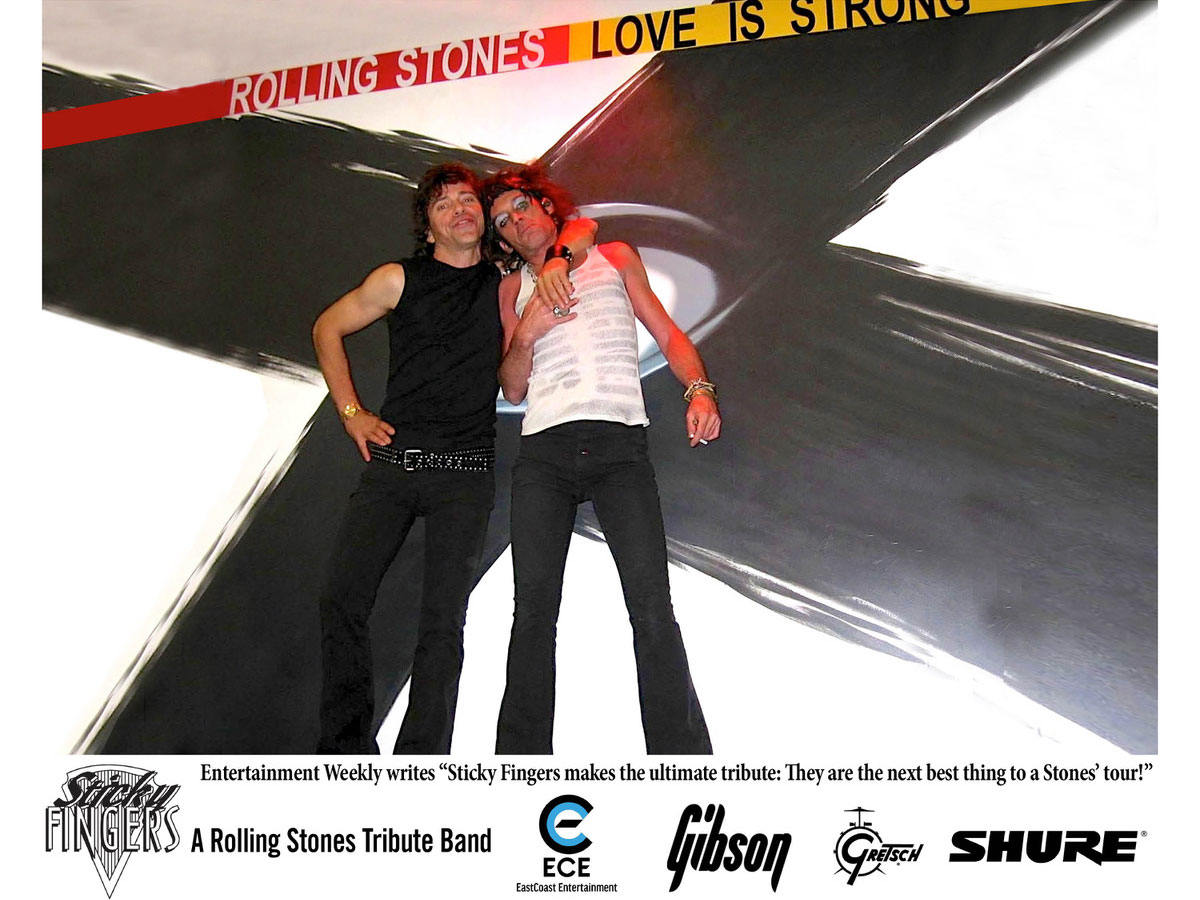 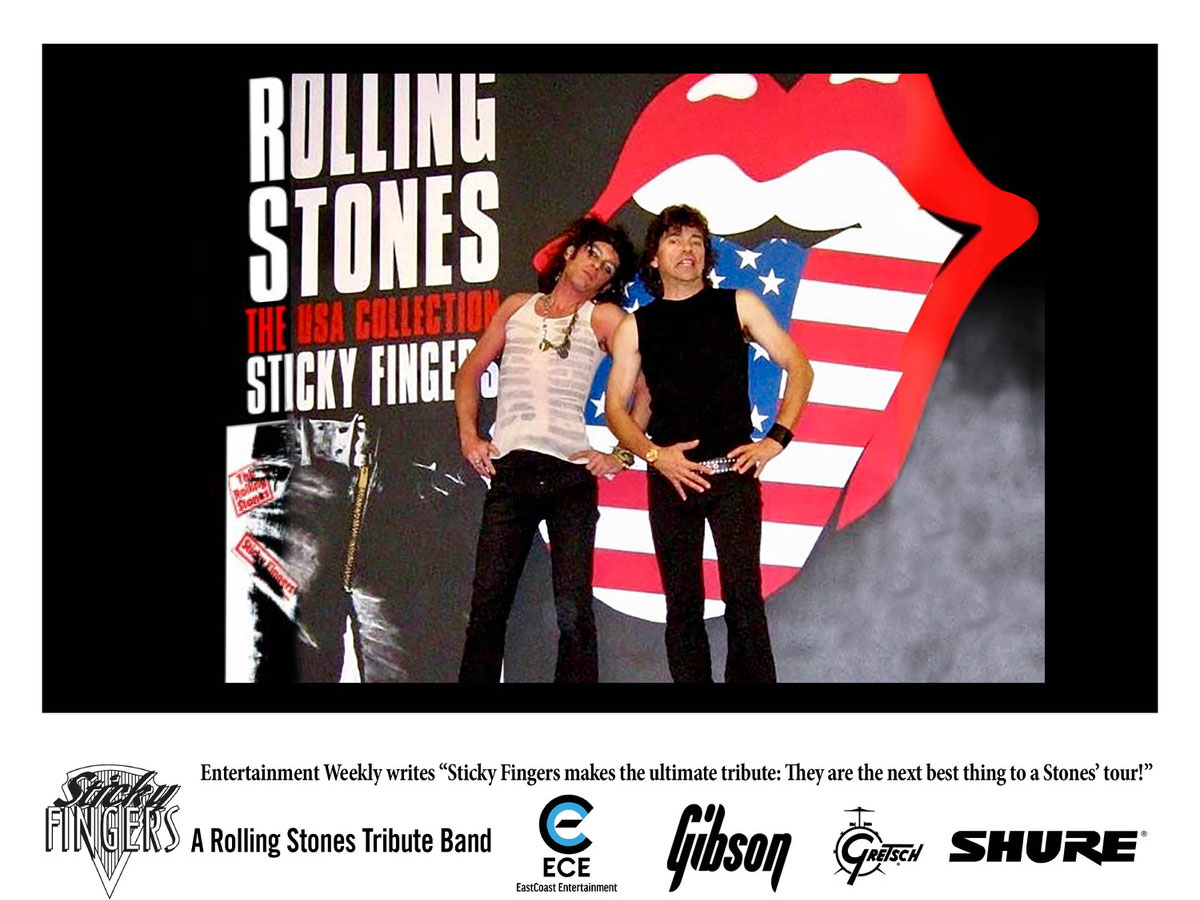