The Packway Handle Band serves up a dark and passionate folk aesthetic, “…with a side of blood” [Sarah Hagerman, jambase.com]. The five members of Packway have wowed audiences for over a decade with near perfect 4-part harmonies and seemingly boundless on-stage synergy.  Over the years the band has evolved as a premier gather-around-the-mic act.  Their performance is focused around a tight cluster of microphones surrounded by an arsenal of acoustic and electric instruments:  banjo, fiddle, mandolin, acoustic and electric guitar, upright and electric bass, and an ever-changing array of percussive accessories, sometimes called "The Rattletrap."  Packway's sound is steeped in old-fashioned bluegrass, but they hold a niche in the American music realm that's all their own.   Clever songwriting, an eccentric mixture of modern folk music, dark themes, old-time religion, affectionate satire of Bluegrass, and devotion to apocalyptic infotainment leave the listener to decide what exactly a Packway Handle is.

2015 began with the Packway Handle Band touring in support of their Yep Roc release, Take It Like A Man, alongside producer and collaborator, folk surrealist, Jim White. The band’s second consecutive voyage aboard Kid Rock’s annual Chillin’ the Most Cruise yielded an invitation to join Kid Rock and Foreigner for forty amphitheater shows on the 2015 Cheap Date Tour. The tour took the Athens five-piece to all corners of the continental United States and included 10-consecutive sold out shows at the DTE Energy Music Theater in Detroit, a feat that was commemorated by Billboard Magazine. Since the tour wrapped in mid-September, Packway played the industry-focused, Americana Music Festival in Nashville, Bristol Rhythm and Roots Reunion, and the Hardly Strictly Bluegrass Festival in San Francisco, CA. At long last, the boys are back in Georgia gearing up to hit the studio and record a new album.

"This is how I like my bluegrass served up – dark and passionate,with a side of blood." -jambase.com, Sarah Hagerman SxSW review

"One thing is obvious to all: The Packway Handle Band is not your father’s bluegrass band.” – Bluegrass Now Magazine, Dave Higgs

"The Packway Handle Band mixes dark themes and old-time religion with a uniquely modern folk aesthetic that pins down just what American music is all about."– Splice Today, Z.N Lupetin

"If you like Chatham County Line and/or The Avett Brothers, then you should catch this perpetually touring five-piece for a trad-absurdist experience delivered from exceptionally seasoned youths." – Flagpole Magazine, David Eduardo 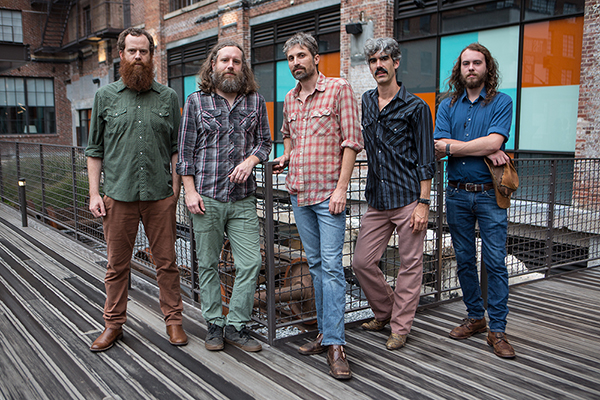 Allman Brothers Band - Louisiana Lou
Bob Dylan - Tonight I'm Staying Here with You
The Cars - Just what I needed
Cat Stevens - Trouble
Devo - Whip It
Fatz Domino - I'm Walkin'
Gordon Lightfoot - You are what I am
Howard Jones - Do You Feel Scared
INXS - Never Tear us Apart
John Hartford - Steam Powered Aereoplane
Leonard Cohen - Diamonds in the Mine
Michael Martin Murphy/Special Consensus - Carolina in the Pines
Peter Rowan - Midnight Moonlight
Pixies - Where is my Mind
Queen - Fat Bottom Girls
Ray Charles - Georgia On My Mind
REM – Catapult
Stevie Wonder - Pretty Girl with Ebony Eyes
Talking Heads - Psycho Killer
Talking Heads - Naïve Melody
Velvet Underground - Waiting on My Man
Violent Femmes - American Music
Violent Femmes - Jesus Walkin' on the Water
8 more miles to Louisville
9 pound hammer
Ain't gonna work tomorrow
Ain't Nobody Gonna Miss Me When I'm Gone
Are You Tired of Me?
Big Spike Hammer
Blue Night
Fly Around My Pretty Little Miss
Fox on the Run
Home is Where the Heart is
How Mountain Girls can Love
I'll Sail My Ship Alone
I'll Stay Around
I'm Goin' to the Races
I've waited as long as I can
In the Pines
Little Maggie
Live and Let Live
Man of Constant Sorrow
Mountain Dew
Nelly Cane
On and On
Pig in a Pen
Police Man
Ridin' on that Midnight Train
Rocky Top
Saphronie
Shady Grove [major version]
She's No Angel
Stone Walls and Steel Bars
Tell it to Me
The Old Home Place
The Sunny Side of Life [Am]
Thunder Clouds of Love
Toy Heart
Uncle Pen
You Better Get Right
Your Love is like a Flower

A Little Something
All the Time in the World [G]
Am [Shadow Syndrome]
Big Red
Breathing Room
Cold Water
Cornpone Refugee
Cryin Sorrows [C]
Divorce
Downpour
Get Us Stoned
Go On Get Up
Gravity Won't Fail
Horse vs Technology [G] - Instrumental
Inverted Umbrella Parachute [D]
Jim 316
Josie [B]
Locked Up On New Year's Day
Lord Baltimore
Love Brings Everybody Down
Mac the Weatherman [A]
Milk Thistle [D] - Instrumental
Nicotine and Arsenic
Not A Song
Not Like Me
Off My Knees
Outskirts
Priorities
River Delta [D]
Satan's in Space [D, mod to E]
Shelva Ann [Dm]
Short Mountain - Instrumental
Strangers [Am]
Strap that Leather Down -Instrumental
The River Delta
The Story
Throw Away the Key[G7]
Tossin & Turnin' [I'm so Tired][E]
Tossin' the Beefcake [D]- Instrumental
Totz Kentucky [F]
Tuggin' @ the Corn - Instrumental
Until I get Caught [Whiskey Song] [G]
Walking Away
Walking Disaster
What is a Packway Handle?
Who Do You Think You Are?
Wish I Hadn't Done It

Ask questions, check availability, and get pricing information for THE PACKWAY HANDLE BAND