While he always felt a greater calling, no one could have ever predicted that Reggie Brown would one day become the President of the United States…Well…Sort of…

No stranger to the stage, Chicago native and actor/comedian Reggie Brown began his acting career at age six playing Dopey in a production of Snow White and the Seven Dwarves. He began to develop a passion for impressionism at an early age, mimicking voices and gestures to entertain his friends and family.

In his early professional years, Reggie dabbled in radio and voice over work. As his skills developed he became the host of AKIRA TV for the fashion forward Chicago retailer then went on to win an Emmy with the NBC 5 Street Team for Outstanding Achievement for Alternate Media/ New Media Activity in 2008 before developing his Presidential persona.
After years of garnering attention for his uncanny physical resemblance to Barack Obama, he worked long and hard to develop his impression of the 44th Commander in Chief and has since deservedly earned the moniker the "Comedian in Chief".

Reggie has traveled all over the world performing both comedic and dramatic portrayals of his Presidential character and has been featured on every major media and news outlet.

While most of his time is now spent performing for private events and appearing for the world's top corporations, Reggie is best known for his repeat appearances on HBO's Real Time with Bill Maher, FOX NEWS' Huckabee, Jimmy Kimmel Live and Comedy Central's Workaholics.

One of his crowning achievements was actually meeting President Obama. When Reggie met his doppleganger face to face in February, 2012 he said "The look on his face was priceless!"

Reggie has since received a private tour of the White House and is honored to have performed for our service men and women in Guam, Colorado and Andrews Air Force Base and is a proud supporter of the USO.

Reggie's comedy show has made him the preferred choice when considering entertainment for corporate and private audiences and transcends politics while entertaining both sides of the aisle and everywhere in between.

Reggie appeases both sides of the aisle and engages audiences in "Bicomedyship" with his multimedia presentation and handcrafted comedy that includes breaking political and pop culture references brilliantly strung together with customized material to make the audience feel right at home.

His musical parodies highlighting his singing and dancing abilities amp up the show and gets the audience "Fired up and ready to go&" like no other political performer can.

Have you ever seen The President Moonwalk? Now you can!

Make no mistake, when it comes to Presidential comedy, there is only one choice! 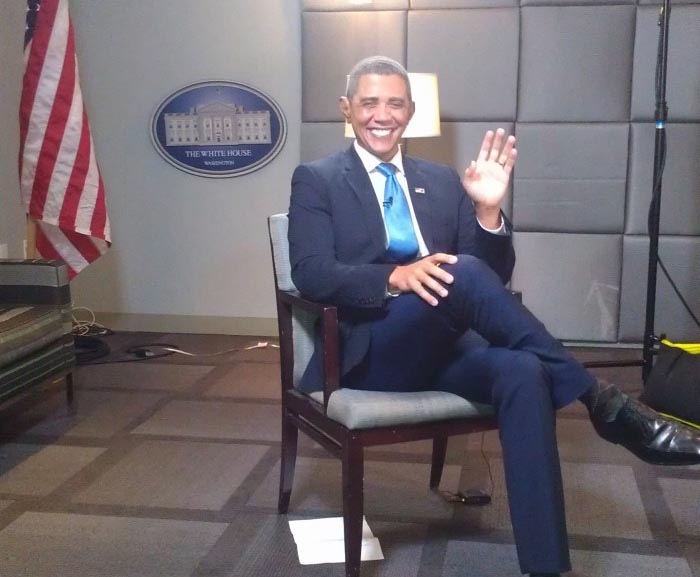 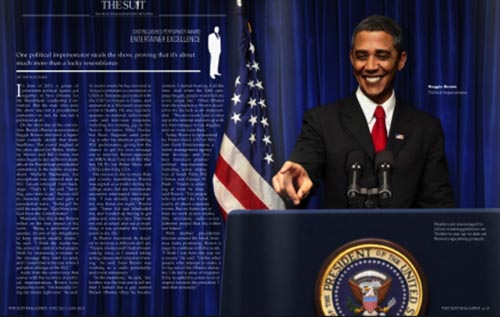