Jukebox Heroes performs a medley of tributes to the some of the most legendary pioneers of modern music. Beginning with their first all-Beatles show in 1977, the Mahoney Brothers have been impersonating classic musicians for 37 years. With their spot-on vocals, costumes, and mannerisms, Jukebox Heroes takes us back in style to revisit the birth of rock and roll through the sounds of the Beatles, Willie Nelson, Jerry Lee Lewis, Elvis, and many more in what has been called the "world's greatest musical impersonation show." Get ready to twist and shout on this trip down memory lane as the Mahoney Brothers wow you with their incredible talent and showmanship with a musical repertoire that now spans 60 years of music.

The Jukebox Heroes have performed on tour, television, and casinos around the country. The Mahoney Brothers even produced and recorded two original and critically acclaimed country music albums between long-term casino contracts in the 90s. After more than 5,000 performances of "Jukebox Heroes Live," the Mahoney Brothers bring the same amazing talent and enthusiasm to the stage as they did in their first show, although with a much-expanded repertoire. 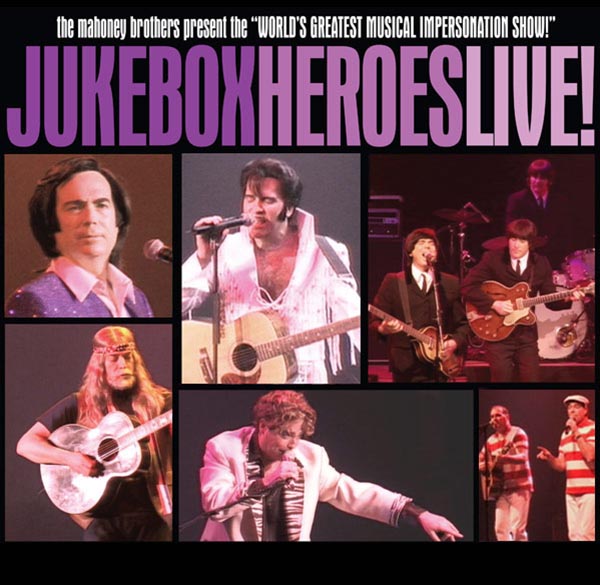