Tom DeLuca recognizes the importance of the imagination and shows America how valuable a tool it can be. All over the country, people call on Tom DeLuca to perform his Corporate Hypnosis® show and The ImaginACTION! Workshop, so that they too can harness the power of the imagination.

DeLuca earned a Masters Degree in Psychology from the University of Illinois. While working as a therapist, he also began performing before local civic groups; then went on to hone his skills as a stage performer throughout the mid-west before gaining national prominence.

Tom DeLuca brought his hypnosis show to corporate America where his intense touring schedule led him to a breakthrough discovery in the stress and burnout prevention area: The Power Napping® Workshop for Less Stress. Then he created ImaginAction, another real benefit program that teaches you how to
re-train your brain and focus your imagination. These programs are valued resources
for Fortune 500 companies and associations all across the country.

The spontaneity and warmth of his live shows have made Tom DeLuca a frequent guest on television talk shows. 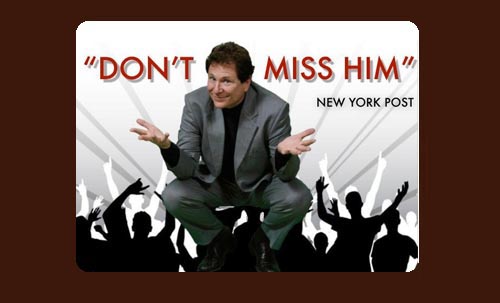