Comedian, actor, and writer Tim Watters is widely credited with popularizing the modern art of political impersonation, an accolade which is reinforced by his unprecedented record of more than 200 appearances on NBC’s The Tonight Show with Jay Leno. Recognized as the world’s premier President Bill Clinton impersonator for over 25 years, Tim is trading in his signature southern-charm for a boat-load of Big Apple bluster as he takes on the larger-than-life persona of real estate mogul, reality TV star, and Presidential front-runner Donald J. Trump. 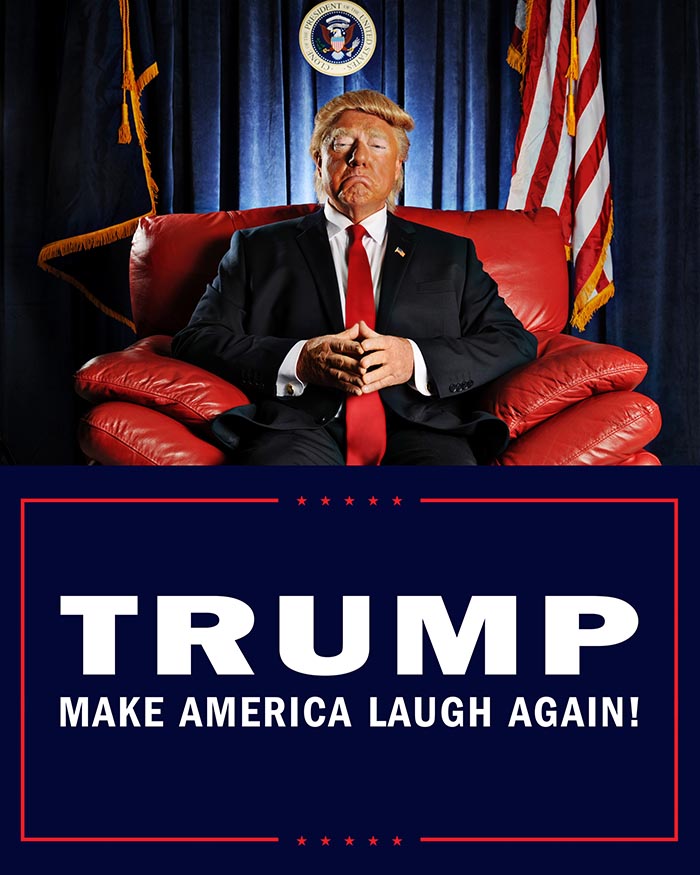 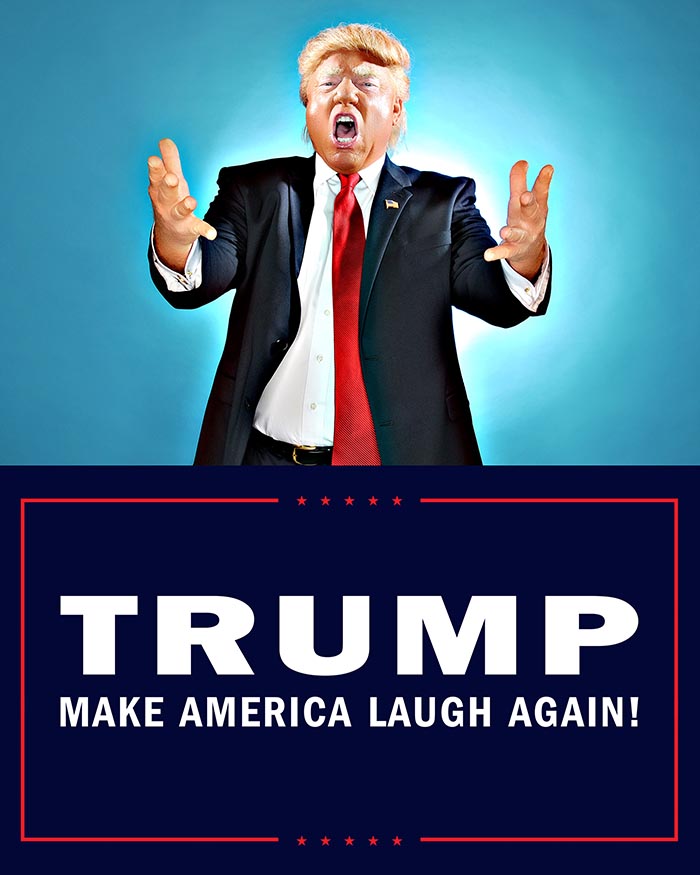 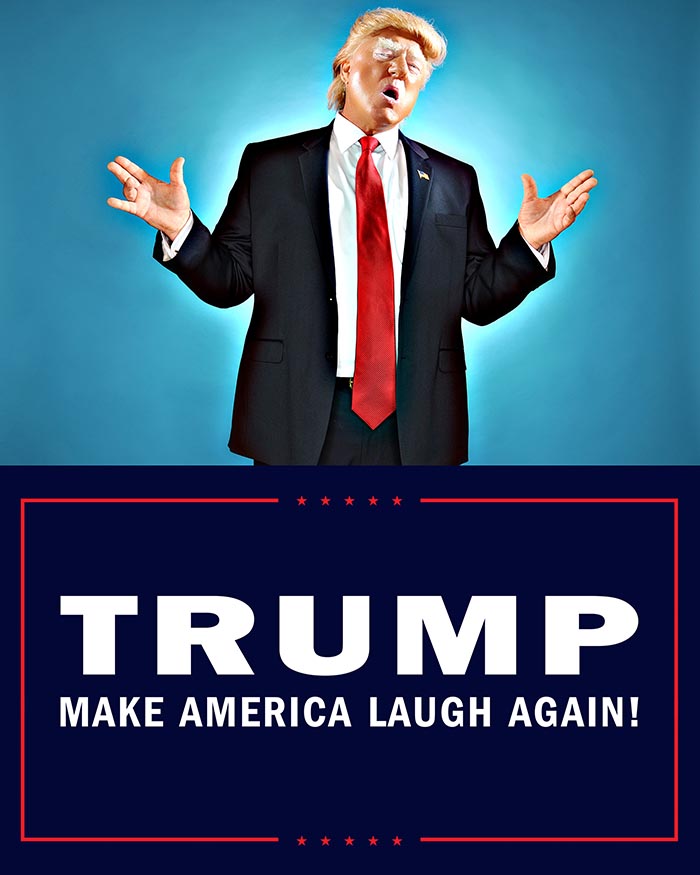