Globally renowned, Chris Korn has captivated audiences in over 20 foreign countries - from Japan to South Africa - and in over 100 cities in the United States, showcasing his extensive repertoire of ecstatic illusion.

Since starring in his own series, MONDO MAGIC, on A&E, MONDO MAGIC SINGAPORE, MAGIC ASIA on AXN (the #1 TV show throughout Asia and Singapore), & THE MAGICIANS for the BBC, Chris Korn has come to be known by the show's 74 million viewers, as not only one of the most talented sleight-of-hand magicians in the world, but as an amazing over all entertainer.

Brad Pitt, Angelina Jolie, JJ Abrams, Jon Cusack, Alicia Silverstone, Camryn Manheim, Brook Shields, Alec Baldwin, Adam Sandler, and Jeremy Piven are just a few, among many celebrities, who can claim Chris Korn to be the one illusionist they will never forget. 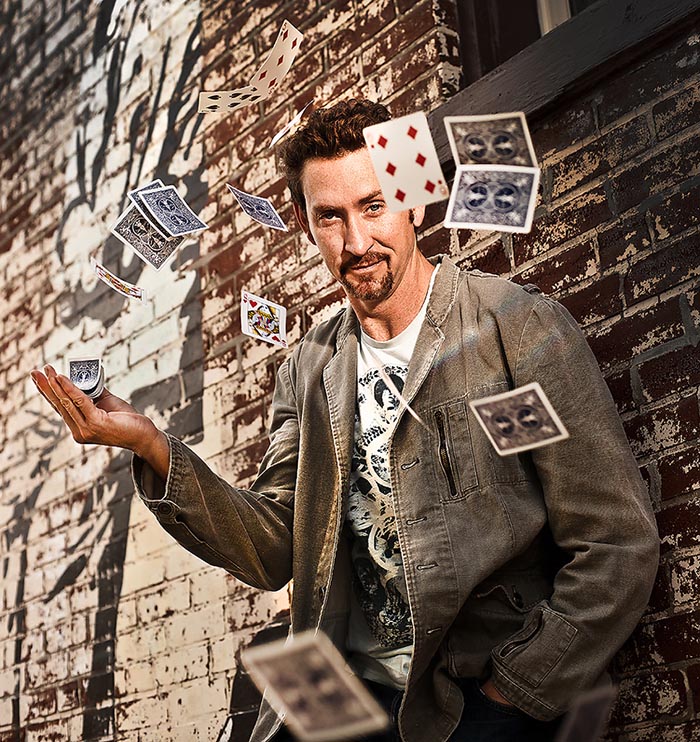