Formed in 1985 by violinist Emily Chatham, the group has been delighting Charlotte audiences ever since. They have played for numerous weddings, receptions, and private parties as well as having given formal recitals in Charlotte and surrounding areas. They are a favorite at various country clubs where the quartet has performed for such visiting dignitaries as Hillary Clinton, William F. Buckley, Henry Kissinger, Margaret Thatcher, Caroline Kennedy, and former Federal Reserve Chairman Alan Greenspan. 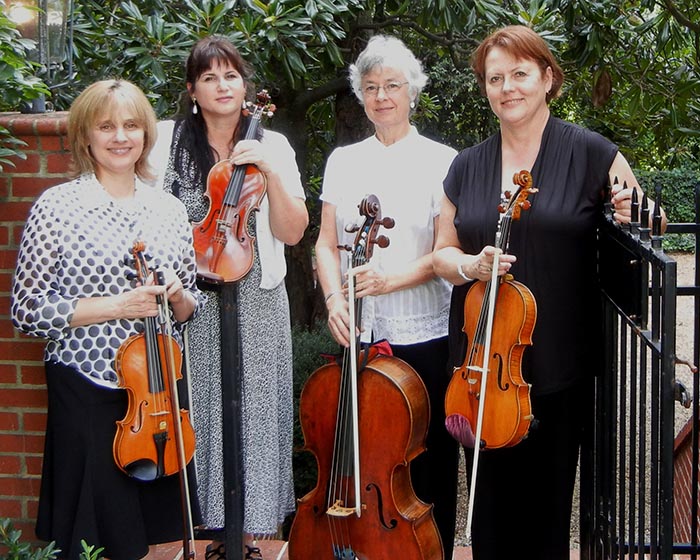