From ABC to You Rock My World, no song is forgotten in this electrifying revival of Pop Music's Royal Highness. As the longest running MJ tribute band and the only one that predates his passing, Who’s Bad has awed Michael Jackson fans at sold-out shows the world over. Who’s Bad has packed internationally-acclaimed pavilions numerous times, including The House of Blues in Houston, Dallas, and New Orleans; Washington D.C.’s 930 Club, and the River Rock Theatre in Vancouver, British Columbia. Their first tour of China included sold-out stops at Ningbo’s Grand Theatre, Wutaishan Stadium in Nanjing, People’s Grand Hall in Chongqing, Red Stadium in Chengdu, and Hunan Grand Theatre in Chengsha. Who’s Bad also gained the respect and admiration of thousands of MJ fans in the United Kingdom with performances at Royal and Derngate in Northampton, Central Theatre in Chatham, Embassy Theatre in Skegness, The Orchard Theatre in Dartford, The Palace Theater in Manchester and The Pavilion in Glasgow. With sold-out shows from Colorado’s Bluebird Theatre to Romania’s Sala Palatalui and anticipated tour dates in Central and South America, no corner of the globe is safe from this infectious party production.

Founded in 2004 by saxophonist, composer and arranger Vamsi Tadepalli and spearheaded by some of North Carolina's premiere musicians, Who's Bad has crafted an intricate performance complete with synchronized dance routines, blaring horn section and down-deep rhythms--each delivered with a precision that could only be superseded by the King himself. They’ve shared the stage with some of pop music’s biggest acts including The Four Tops, Boys II Men, and The Backstreet Boys. Captivated fans include LIVENATION’s Anthony Nicolaidis who calls Who’s Bad, “the real deal,” and Michael Jackson’s longtime friend and manager Frank DiLeo, who, after catching Who’s Bad’s concert in Nashville, TN said, “The show was great… Michael would have been proud!” Such accolades have earned Who’s Bad an invitation to play London’s O2 in December of 2010, the venue where the King of Pop was slated to end his career with a 50-show “This Is It” concert series before meeting his untimely demise.

Whether you idolized the Jackson 5, fell in love to Human Nature or memorized all of Thriller's creepy choreography, Who’s Bad is authentic, music-driven, must-see entertainment that navigates you back to that special place. As the curtain opens on a Who’s Bad performance, even the most skeptical Michael Jackson fan feels the excitement rising, screams at the sight of that unmistakable silhouette, and succumbs to a surefire MJ sing-along. The energy is magnetic, the musicianship is first-class, the dance moves exhilarating. Who’s Bad is a homage befitting a King and their high octane execution of MJ hits has exclusively catapulted them to the ranks of ultimate! 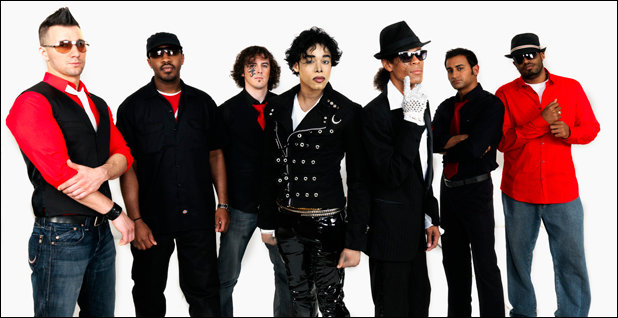 Dont' Stop Till You

Another Part of Me

Get On the Floor

I Can't Help It

I Wanna Be Where You Are

I Want You Back

Burn This Disco Out

The Lady In My Life

The Way You Make Me Feel

The Love You Save

Man In the Mirror

You Rock My World