Tony is an award winning keynote speaker/entertainer and an innovation expert.

Put him in front of your people and he will amaze them, enlighten them and inspire them to greater heights of potential and production, through the power of innovation.

Tony Chapek is the "world champion" of innovation. He is the world's only three time winner of the coveted "International award for originality". He was named the 2007 "International Illusionist of the year". Yet his easy going and humble style allows him to make an instant connection with any audience.

He has made network television appearances worldwide. On the network special "World Magic Awards", he was named "World's most original act". But he also spent many years working in corporate America and as a private business owner. This enables him to clearly understand what your people are going through and identify with them.

He has appeared at the world's most popular venues including Hollywood's famous MagicCastle and The Tropicana in Las Vegas. He has performed before royalty at the Princess Grace Theater in Monaco. Because of his many years of experience as a performer, he is a master at clearly expressing his thoughts and Ideas in a way that your people will easily grasp.

He has inspired innovative thinking in fortune 500 companies like Canon Electronics, LG Electronics, Anheuser-Busch and General Motors. And he can inspire your organization to grow to the next level, and beyond!

He has a wife and three kids and lives in the suburbs. His personal story of "ordinary guy" to "world champion performer" is captivating. Tony is living proof that by embracing innovation as a way of life, there are no limits!

Bring the transformational message of innovation to your next meeting or convention. 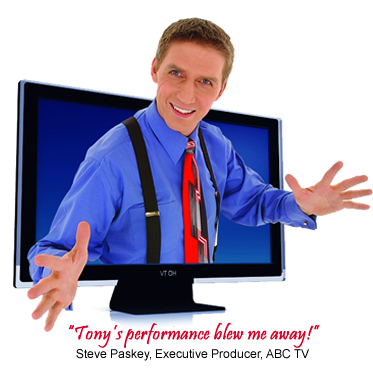 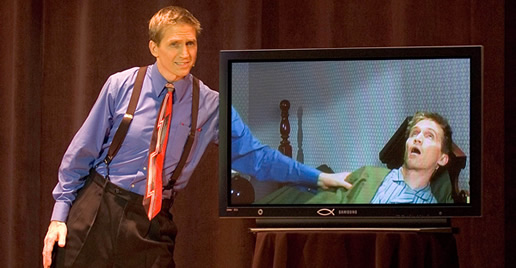