Of Elvis Presley, they say there's only one King, but Tom might be the next closest thing... According to Bea Fogelman, founder of the Las Vegas-based Entertainment Network of Celebrity Impersonators, "Tom is the Elvis in his prime and the delight of his audiences. I have personally seen him perform several times... and having met Elvis, himself, several times while he was alive, Tom is very close to the image and voice of the real Elvis." Fogelman became such a believer in Tom’s likeness to Elvis that he is featured on the cover of her new book, 'Copy Cats 2.' Fogelman's praise has been mirrored by such major entertainment media networks as MTV, VH1, CMT, Fuse TV, and even CMT, all of whom have featured Tom in their television programs.

Performing as Elvis for over four years up and down the Vegas Strip's top Casinos (the MGM Grand, the Mandalay Bay Hotel, the Stratosphere Hotel, and Harrah's among others), Tom other live highlights over the course of his stellar international career have included performances at New York's Flushing meadows Cabanna Park for over 50,000 people; Performing on stage at Legends in Concert in Las Vegas and Myrtle Beach;, Walt Disney World and Universal Studios, FL; and a live show in Iwakuni Japan with over 300,000 people in attendance. Tom - who has even worn Elvis’s real jewelry during his live shows at such mainstay Presley tourist attractions as the Elvis-A-Rama Museum in Las Vegas, sharing various stages with such Elvis regulars as Darlene Tomkins (Blue Hawaii), Cynthia Pepper (Kissing cousins) Dave Hebler, and Sonny West. Tom's talent has also taken him abroad, starring over the course of his career in such international shows as the "Elvis, Elvis, Elvis" Show in Ottowa, Canada; the 'Legends of Rock & Roll' Show in Vancouver, B.C.; and headlining a Concert at the Hilton Hotels Casino on the Curracao Island in the Caribbean.

Managed at one time by former Presley tour manager/photographer Ed Bonja, Tom's dead-on Elvis incarnation even inspired Country Weekly Magazine to hail him as "One Hunk of Burning Love", concluding their rave review with the proclamation that "Elvis Lives!" Tom has also performed with The Jordanaires (Presley's original Backup band), and even had a performance at a private, VIP show for Presley's inner circle, including Jerry Schelling, Patty Perry, Joe Esposito, Al Dorvin, Ed Bonja, The Sweet Inspirations and Charlie Hodge among others! Tom was recently featured at the Country Music Awards, and looking to the future, Tom's status as the King of King Impersonators looks to be safe!

Today he is one of the most sought after Elvi in the business and on constant demand in the United States and around the globe. With his backup band he presents an exciting, dynamic showcase saluting the songs of Elvis Presley, a singer whose music has proven to have a staying power that only few other artists can lay claim to.
Check out this terrific entertainer. Tom is regularly performing live in the South East. He travels extensively to do his tribute to Elvis, presenting a show that is appealing to audiences of all ages, bringing back memories and touching the heart of every generation. 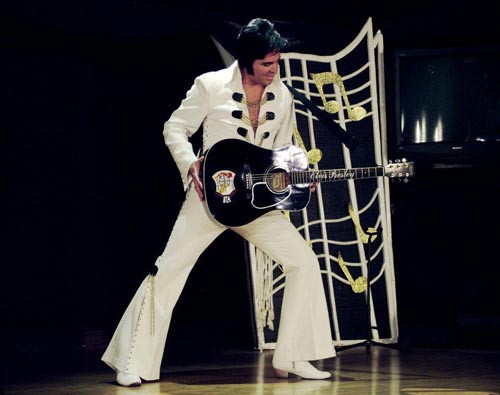 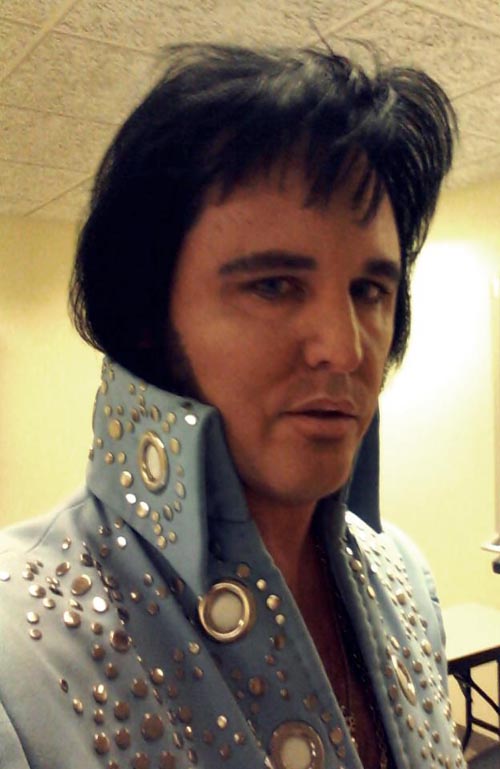 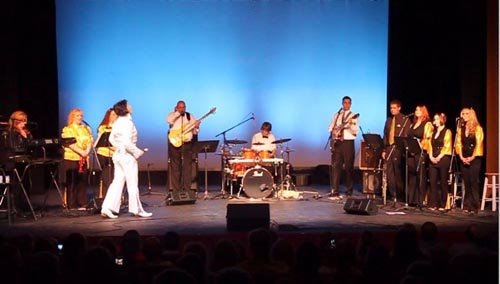 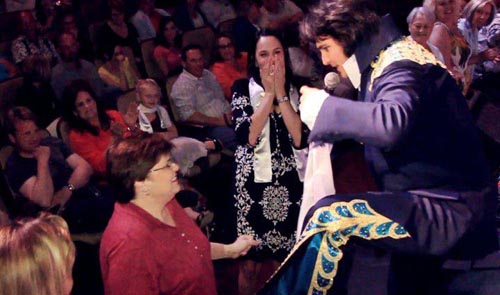