STARTIN' SOMETHIN' was an accident waiting to happen...in a good way.

Richmond's own electronic/improvisational act Former Champions, were hired to play their manager's annual Dead Celebrity Halloween Party and instead of playing the average "party" set, they chose to concentrate on a dead celebrity theme. The guys spoke about a Michael Jackson Tribute but unlike anything else anyone has seen. They called their good friend Jerel Crockett to do the M.J. duties, had a few rehearsals, and low and behold, a new project was born for not just one night but for a lifetime. The band debuted the set at the party and went on to perform it again on Halloween night at The Canal Club in Richmond to rave reviews. 2012/2013 has been great to STARTIN' SOMETHIN'. Even though all of the members have various other projects that keep them busy all year long, they make time to play these memorable shows for both fans of M.J. and fans who like to get down, get funky, and get loose. STARTIN' SOMETHIN' has been playing colleges up and down the east coast and recently completed a 3 day North Carolina and Virginia club run in July 2013. The reviews have been nothing short of remarkable.
Pulling from Michael Jackson favorites such as "Rock with You", "Thriller", "Human Nature" and more, STARTIN' SOMETHIN' finds a way to keep the fans moving even during the slower of tunes with their crafty interpretations. This is THE M.J. tribute that people will be talking about for years to come! 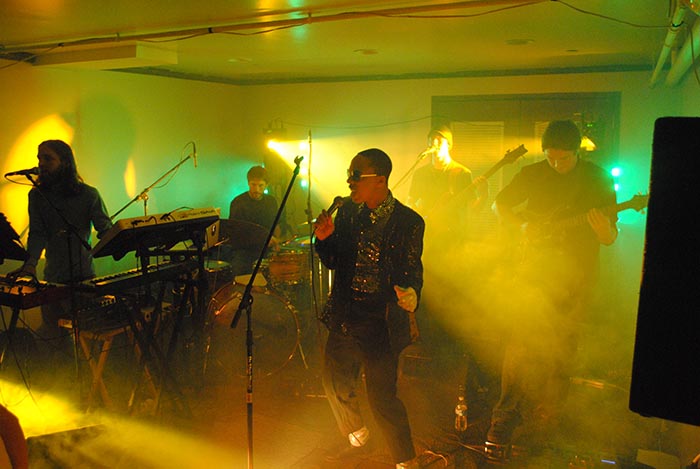