The Rum Punch Bandits hit the stage for the first time in November of 2000 as a Jimmy Buffett tribute band and have since expanded their songlist to include a variety of genres such as beach, classic rock, Tex-rock, gulf-n-western, trop-rock and jam-rock. This seven piece party band includes two electric guitars, acoustic guitar, bass guitar, keyboards/pedal steel, congas/bongos, and drums. All totaled, the members of the Rum Punch Bandits have over 125 years of experience and they still have a great time when performing. Check below for their songlist (ever expanding) as well as several references from previous clients. Their dress for shows is smart-tropicasual. Thank you for considering the Rum Punch Bandits and they hope to see you down the road. 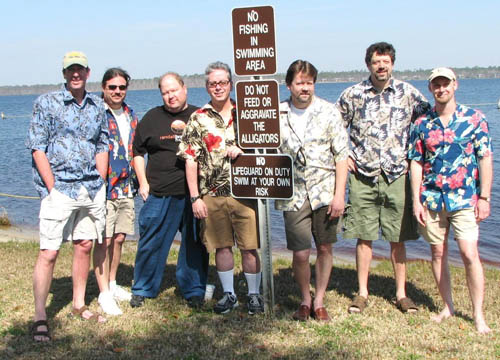 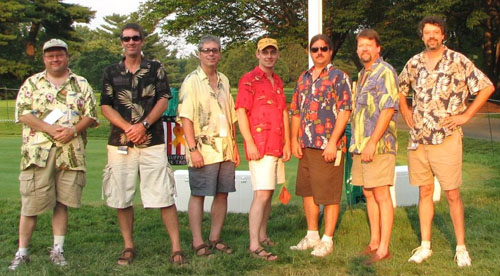 The Rum Punch Bandits were great!  We had a lot of positive comments about them and everyone enjoyed themselves.  They added the finishing touch to ou...

Everything was great on Saturday night. We had the Rum Punch Bandits as our entertainment for my boyfriend's thirtieth birthday party. This is the sec...

Bob, you and the Rum Punch Bandits were absolutely awesome! We thoroughly enjoyed having you guys perform and are hoping you might entertain doing it ...

Tonight, The Rum Punch Bandits entertained us with the sounds of not only Jimmy Buffett, but the Grateful Dead, Robert Earl Keen, and even some long l...

The Palmetto Parrot Head Club has been fortunate to have the Rum Punch Bandits play for two of our events in 2006 alone. First, as part of our Fin Fes...