Ruby Red's Band has been entertaining throughout the southeast for over 20 years. At one time or another we have been the official band for the Atlanta Braves, Hawks and Knights. We have played over 5,000 successful functions from Atlantic City, NJ, to Portland, OR. We were the official band for the Eastern Airlines/Northside Realty show, "Presenting Atlanta", that played in major cities across the United States. 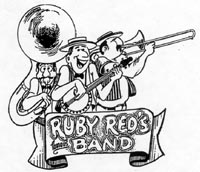