From the Redskinettes to the First Ladies of Football, the Redskins Cheerleaders are the longest running cheerleading team in the NFL. Founded in 1962, and originally named the Redskinettes, this team has brought worldwide recognition to the Washington, D.C. area, the Redskins football team, and the NFL.

Partnered with the largest and most prominent Alumni Association among cheerleading teams--in 2008 over 1,000 strong--the women who have cheered and continued to support the Redskins have also helped raise millions since the team's inception and support more charities and community events every year.

In the most powerful city in the world, the most popular professional sports team is only a part of FedExField. The Washington Redskins Cheerleaders are growing across the country and around the world. They are lighting up the airwaves and the media with new routines, uniforms, attitudes and have raised the bar of excellence for every other NFL cheerleading squad.

Adorned in burgundy and gold, flanking the field on every side and executing routines that would make even the fastest football player gasp for air, these ladies strive for one thing--to make a difference.

The Washington Redskins Cheerleaders are the oldest active cheerleading organization in the NFL. On September 30, 1962, 30 talented and beautiful women made their debut as the Redskinettes. As they marched down the field in their Native American costumes to join the band, they stepped into history and the tradition began. In their 45-year history, these ladies have become the most talented, innovative and personable in the NFL.

In the early 1980s, the Redskins Cheerleaders toured China to promote American-made products; toured Turkey, Italy, Sicily, Spain and France as part of the USO; filmed TV commercials for Sassoon and Barbara Ellen; were featured on the David Letterman's Top 10 list and won the ESPN celebrity pool tournament. They have been featured in National magazines such as Newsweek, FHM, Ebony, Black Hair Magazine, Salon One, Cosmopolitan, Maxim and Sports Illustrated; performed with Country Grammy award winner Gretchen Wilson, Latin sensation Ricky Martin, Larry King, Jerry Lee Lewis, James Brown, K.C. and the Sunshine Band, the Pointer Sisters and Nancy Reagan; and filmed two E! Channel specials, are the stars of Comcast SportsNet show "Beauties on the Beach", Are the Champions from the battle of the NFL Cheerleaders at the 2007 Super Bowl and were featured on the NFL Networks Cheerleader Challenge. Men's Journal called the 2007 squad the Best in the NFL and Michael Strahan wrote in his book that the Redskins Cheerleaders are the Hottest in the NFL.

With their international appeal and stardom on the rise, the First Ladies of Football have transformed into the NFL cheerleaders of the millennium by breaking new ground with their sleek new style and amazing talents. From the simple, yet very visible redesign of the uniform, to the rejuvenated commitment to charity and community, these ladies have established themselves as the premier squad in the NFL.

The Variety Show is an elite group of 10-15 cheerleaders who travel all over the world performing for corporate events, sports activities, troops stationed overseas, and more!

Since 1997, these ladies have delighted audiences across the country from the warm weather of Florida and Hawaii to the arctic chill of Alaska and internationally the Redskins Cheerleaders have traveled to more than 40 countries. With their marvelous talents, energetic personalities and ability to bring smiles to anyone, this group is in high demand. The 90-minute show features more than a dozen costume changes and includes singing, jazz, tap and lyrical dance, audience participation and other exciting and innovative elements. It's a sure hit with any crowd.

The reputation of the Variety Show has grown exponentially and now tours more annually than any other group to entertain our American troops. These ladies are so popular, they are routinely chosen to honor our troops around the world for the nation's most prestigious morale tours. They have been to places like Iraq, Egypt, Iceland, Afghanistan, Germany, Cuba, Kosovo, Djibouti, Africa...and the list goes on and on. The Redskins Cheerleaders take pride in being able to bring touch of home to our men and women stationed all across the world and will continue to do so for years to come.

In 2004 Stephanie was hired as the first full-time Choreographer in Redskins Cheerleader history and only the 2nd in the entire NFL. She has choreographed and performed for Master P's 504 Boys Whodee Video, Crystal Waters Just Say Hey Video and danced with Darrin Henson in his Darrin's Dance Grooves 2 Video.

Stephanie has performed at the Kennedy Center and in New York City as a member of the modern company, Tony Powell Music & Movement, as well as at Dance Place as a member of Carla & Company. She has traveled to more than 30 Countries on 10 AFE Tours. Stephanie is now honored to be the choreographer for the Redskins cheerleaders and National Champions, Redskins Jr. All Stars (competitive team).

Before that she was the director/choreographer for eight seasons with the NBA's Washington Wizards NBA Dancers, where she danced for two seasons prior to taking over the leadership. She studied dance at UNC-Greensboro and Alvin Ailey in New York City.

Stephanie is the co-founder of Capitol Movement, the areas largest dance company and non-profit. She works with hundreds of local dancers each year to stage an annual benefit concert.

She currently teaches master classes locally and abroad in Japan and Slovenia. Stephanie lives in the DC area and takes dance classes regularly in New York City to help keep the Redskins Cheerleaders at the top of the NFL! 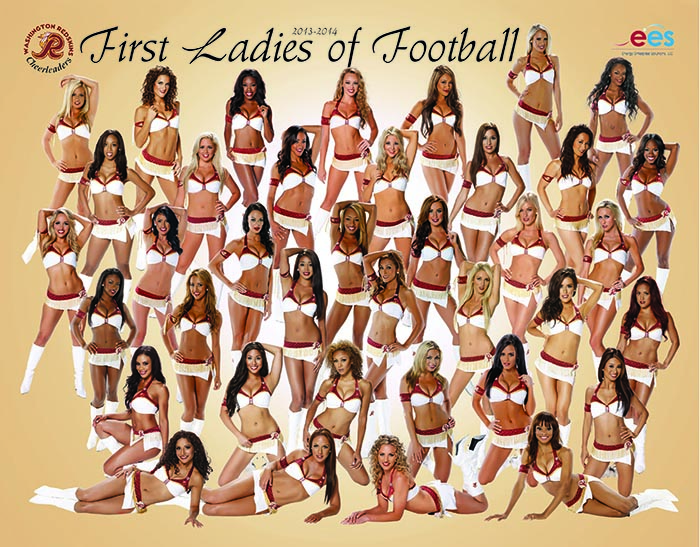 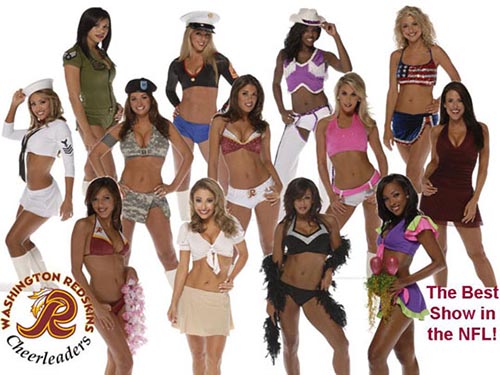