The originator of the most memorable variety act of all time... Dan has been seen on television in 22 countries, by millions of people!

Dan Menendez combines comedy, juggling and music for his performance as "The Piano Juggler". The act is perfect for the intimacy of a television studio, or to captivate thousands in a large arena. Dan plays popular and classical music on the world's only "Bounce Piano" and "Bounce Cello". 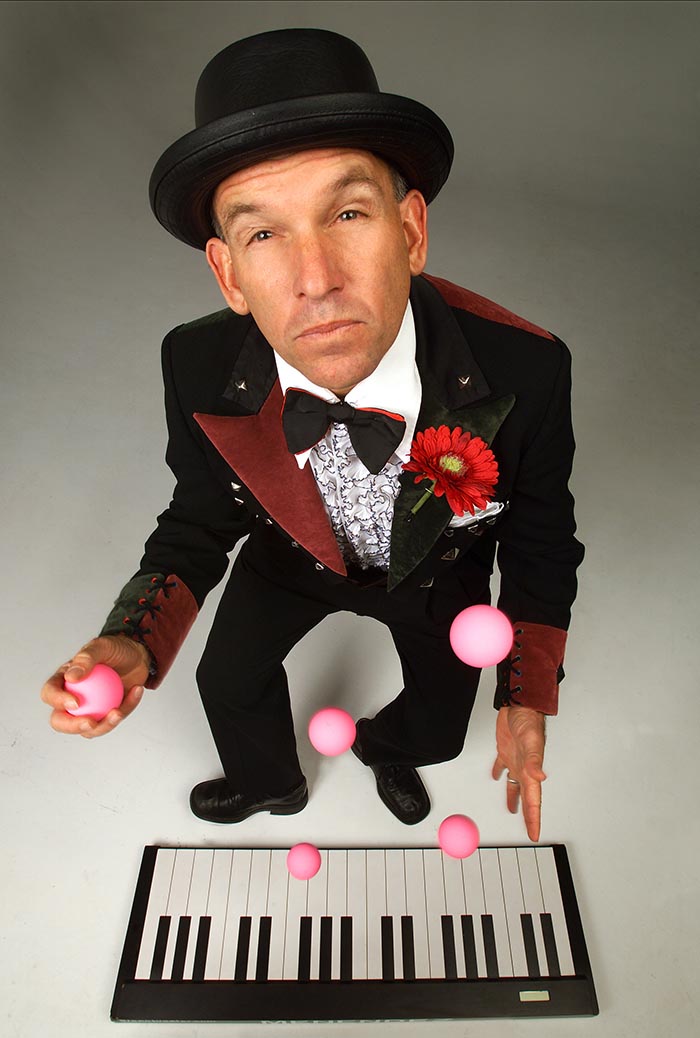 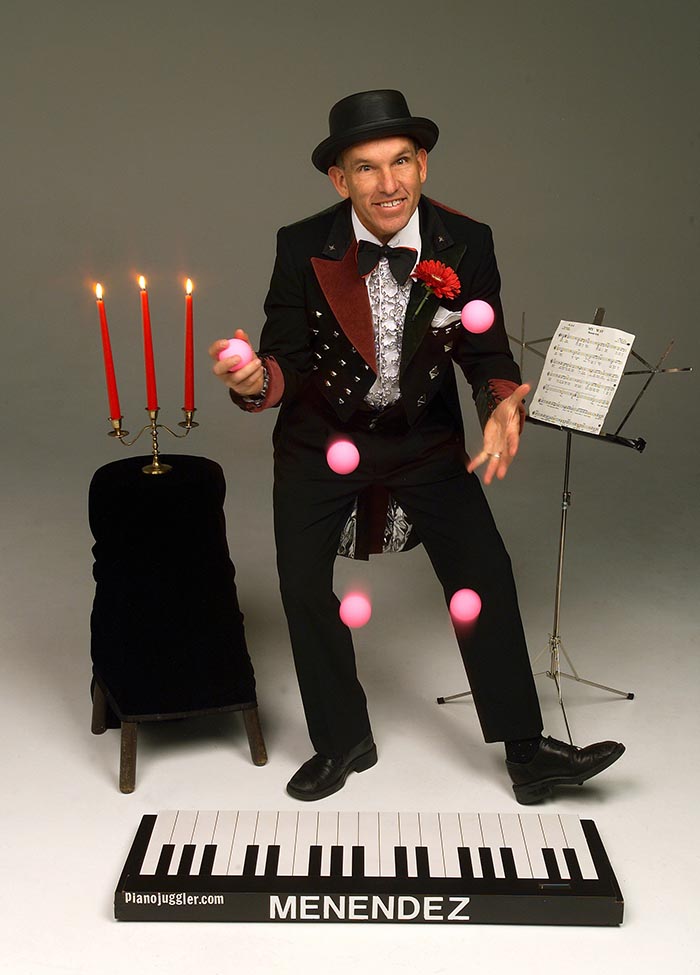 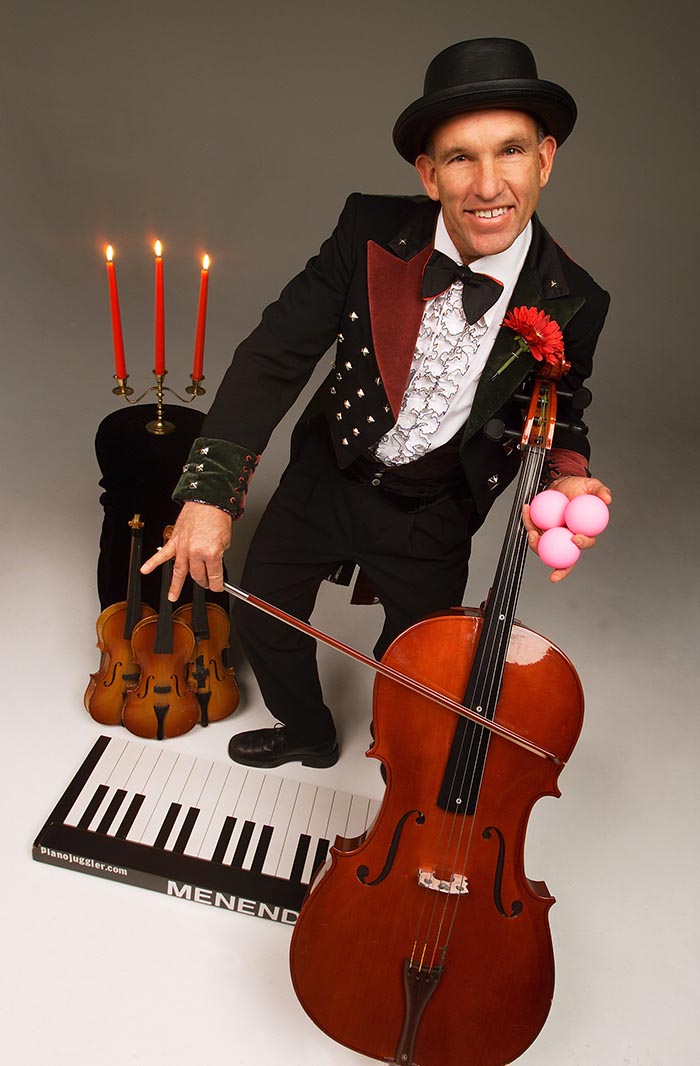