Olate Dogs is an American dog trick act featuring trainers Richard and Nicholas Olate. The group won the seventh season (2012) of America's Got Talent, claiming the US$1,000,000 first prize.

Richard Olate grew up in Santiago, Chile, where he adopted a stray dog and taught it tricks. He soon adopted more dogs and started a dog act. His brother Jose joined the act and the two caught the attention of a circus promoter. They came to America in 1989 and found success as part of Circus Vargas. Richard got married and eventually his wife Rebecca and son Nicholas joined the act. Olate Dogs performed in the Big Apple Circus and Ringling Bros. and Barnum & Bailey Circus. They appeared in TV commercials and on multiple morning programs before becoming national stars on America's Got Talent. Subsequently, they have toured the country and performed during NBA halftimes.

Olate Dogs features four different five-minute acts that include numerous tricks such as dogs jumping rope, going down slides, and riding scooters. The act also features a doggy conga line and a pooch that does back flips. Up to 10 of their 22 dogs perform during each show. 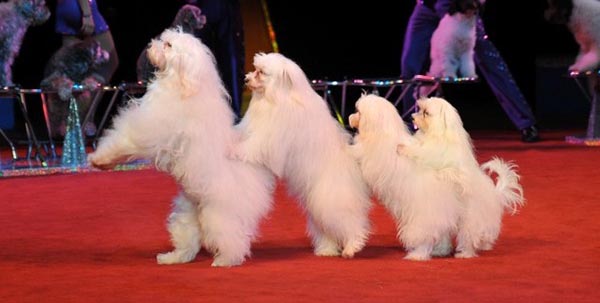 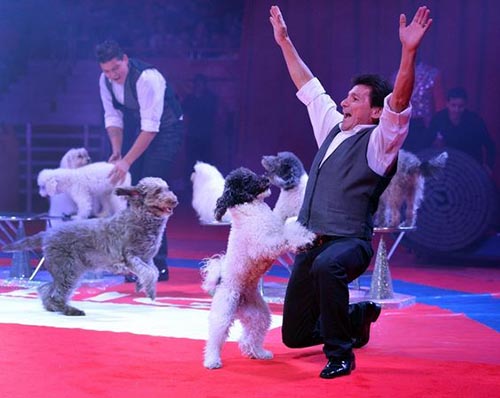 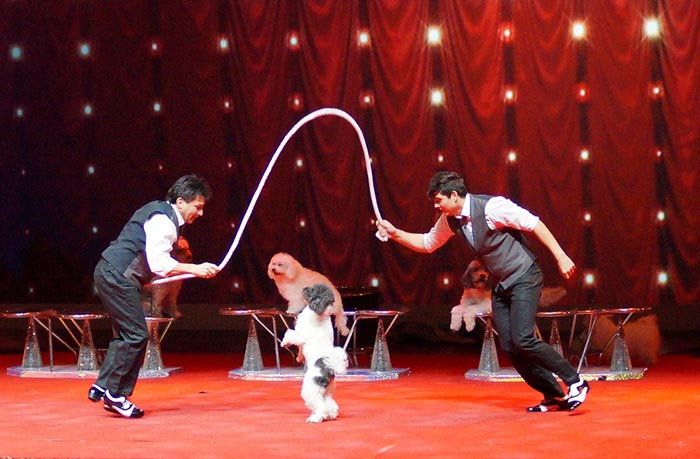