The Musical Comedians Comedy Tour showcases three of the world's finest musical comedians in one amazing show! Michael Mack, Ron Feingold and Kier present one of the most unique, exciting and energizing shows in comedy today!

Journeyman Guitarist and Comedian Kier performs Rock Impressions that are simply dead on with appearances by Sting, Dave Mathews, John Lennon and U2!

Ron Feingold performs "Comedy A Cappella" where he sings ALL of his own back-up and lead vocals with NO INSTRUMENTS in his parodies and impressions from Kermit the Frog to Joe Cocker!

Comedian/Guitarist Michael Mack is known for having one of the best closing bits in show business called "Faces of Rock!" Michael utilizes music, light and characters that defy words or description.

The finale showcases the combined talents and harmony as The Musical Comedians join together onstage in their incredibly popular "Guilty Pleasures Medley." A Comedy Show That Rocks! 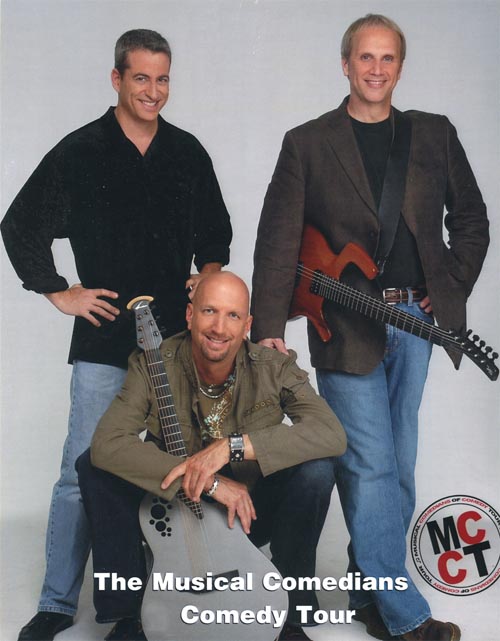