The King of Pop Live Experience performance is the ultimate celebration of the most widely beloved entertainer and profoundly influential artist of all-time. The electrifying performance of Michael Jackson's top charting, award winning catalog has thrilled the crowds for decades and can be best described as magical, high energy and a must see performance. No other performer in history has had such an enormous influence in defining pop music for his generation and generations to follow. With album sales in excess of seven hundred fifty million, including "Thriller", the biggest selling album of all time, he was, indeed, an icon for the ages.

It is with great honor and up-most respect that The King of Pop Live tribute band was form. For anyone who wasn't fortunate enough to have witnessed Michael Jackson`s live shows, the experience was undeniable one of the best live performances on the planet. It was with this in mind that The King of Pop Live Experience chose to re-create some of Michael`s most memorable concert moments. The production team consist of Bobby Miller as the ultimate Michael Jackson's impersonator backed by some of the best musicians and dancers that have toured the US and abroad. The team collectively consist of over a 100 years of music and dance experiences.

Bobby has studied Michael Jackson his entire life and has performed as Jackson for decades. Miller has been awarded for his innate ability to embody and exude the spirit and stylings of the King of Pop while onstage. Like many other performers, Michael Jackson inspired Bobby to become a music entertainer. Miller has evolved from performing for family for tips in a bucket to gracing the main stage backed by a high energy band and a team of talented dancers. He has served as an opening act for many large entertainment events and as the main attraction on others and has gained quite a bit of attention from the press.

Just as the appeal of Michael's music spanned multiple generations, so does the homage paid by The King of Pop Live Experience. The show brings together youthful passion and time-tested wisdom with but one goal: share in the magic,the music and the energy that Michael gave us all. 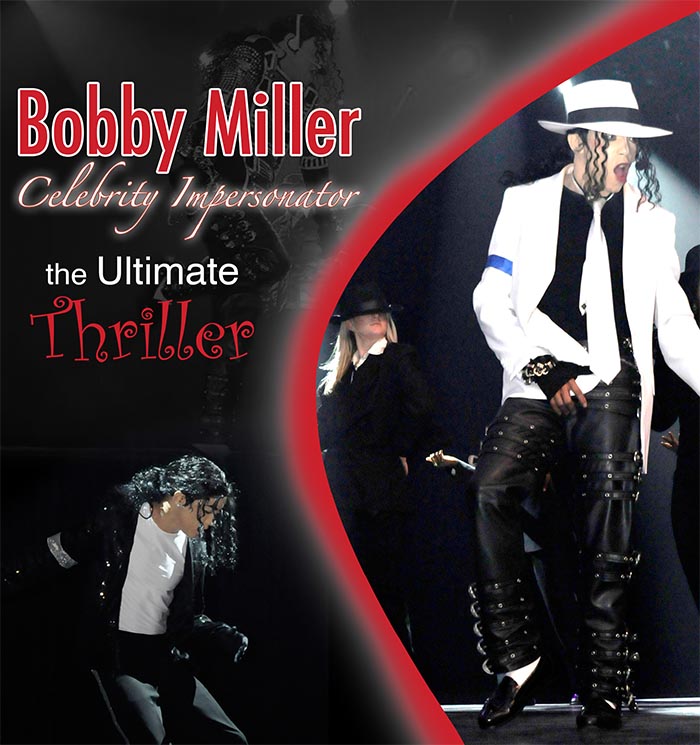 Ask questions, check availability, and get pricing information for KING OF POP