James Brandon first became interested in magic when his father brought him to see Doug Henning for his twelfth birthday. James worked his way up from the starter set his sister gave him for his twelfth birthday to the conception and construction of his own large illusions which inevitably led to a professional career as a magician, comedian, emcee and actor.

James' high-tech magic show involving dance, pyrotechnics and live animals gained him immediate success on the European nightclub circuit and he became the youngest variety artist ever to star at the famed Alcazar de Paris in France. His 26 tours of Western and Eastern Europe have included dozens of television appearances and a Command Performance for the Royal Family of Monaco in Monte Carlo. His appearances as guest narrator at Lincoln Center's Alice Tully Hall, sparked a quick succession of commercials for MTV and Panasonic. Twentieth Century Fox spotted James and hired him to direct Oscar winner Joe Pesci, for the scenes involving magic, in the hit film, "My Cousin Vinny". James has also done extensive special effects consulting including work on the Sting video "Desert Rose".

Among the most prestigious Medals and Grand Prizes bestowed upon James by the magical societies are the Seigfried and Roy "Golden Lion Award" he received in Las Vegas, the World Magic Olympics Medal he won in Japan and the "Golden Mandrake", presented in Paris for excellence in the magical arts.

James Brandon now tours the world with his grand illusion show billed as, "The First Magician in Space". The show includes his award winning bird and sword act, and many of his original illusions including his signature effect, "Inner-Space" in which the audience witness' James actually climbing out of his own body. Excited? You should be. Contact your EastCoast representative today! 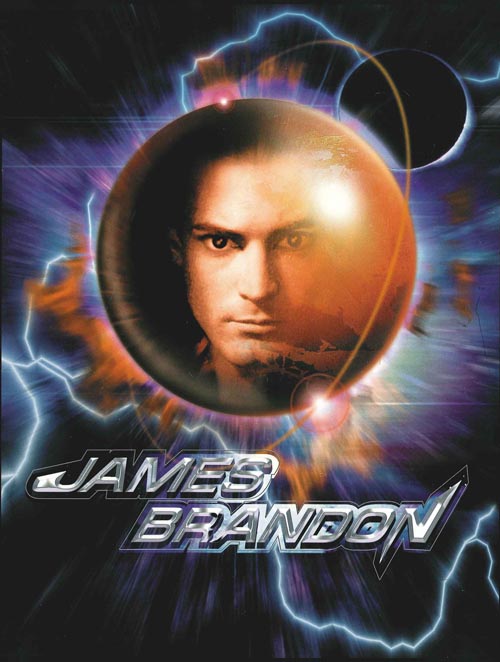