CHARLENE LANZEL is a professional working artist from New York City.
Charlene is a fine art painter, designer, world class muralist and performance artist. She's been showing her work in galleries, both in the US and internationally, for many years. Charlene works as a freelance artist, and makes a living off of the art she creates. She's been making masterpieces for over 20 years...

Charlene Lanzel is a self-taught American artist, born in La Crosse, Wisconsin in 1967. Charlene started painting at the kindergarten easel, and continues to create to this day. It had always been her dream to pursue a career in the arts. Her Father, Mother and Grandfather were visual artists themselves, and spent ample time exposing Charlene to drawing, painting, wood carving, ceramics and other visual art forms that provided a sound foundation for her artistic mastery later in life. Charlene Lanzel was published in an instruction book for elementary school art teachers by age 9. In 1985 she received the Senior Art Award and Art Scholarship from her high school in Onalaska, Wisconsin. After a short move to Minneapolis in 1985, to explore life on her own, the restless artist relocated to New York City in 1987 at the age of 20.

Charlene Lanzel began working professionally as an artist a year later in 1988, when she joined the art department of lower Broadway's once notorious Unique Clothing Warehouse. Charlene's responsibilities included: window displays, mural painting, sign painting and props. Charlene's hard work paid off, and eventually she became Art Director of Unique Clothing Warehouse until the store's closing in 1991, when she began working as a freelance muralist.

In 1999, Charlene Lanzel painted Italian trompe l'oeil murals for the Venetian Casino in Las Vegas, with fellow artist Tracy Lee Stum. The two artists also competed together at the prestigious XXVII Centro Italiano Madonnari Street Painting Festival in Mantova, Italy. They received bronze medals for their effort and appeared on the front page of the Gazetta Di Mantova newspaper, which stated they are, "...technically considered some of the best in the world...". In 2003 they collaborated with several of the world's best street painters on a 70 ft. reproduction of Michelangelo's Sistine Chapel ceiling at the Youth In Arts Festival in San Rafael, CA. In 2010, Charlene & Tracy created a large chalk art mural at the USA House for the Olympic Games in Vancouver BC, and also traveled to Hong Kong, where they created several spectacular 3-D interactive chalk art murals.

For many years, Charlene Lanzel has been a well known fine artist and has shown her fine art paintings in galleries all over New York City, in Chicago, Las Vegas and Amsterdam. Charlene and her work have appeared in many publications, including recent appearances in The New York Optimist and Time Out NY Magazine. Time Out has called her, "...lovely and talented...". In 2010, Charlene was invited to show her paintings at the prestigious Fountain Art Fair in New York City.
Charlene began feeling limited by one image painted on canvas, and became fascinated with sand art when she saw it for the first time in 2004. It wasn't until 2010 that she became a sand artist herself. A spark of an idea suddenly raced through her mind. Charlene then lost no time in building her first light box, and started to experiment with this new found art form on her own. Although difficult, she was able to master techniques due to the artistic inclination she was born with and her very successful career as a working muralist and fine artist. Charlene's sand art combines her passion for artistic expression with her love of music, storytelling and performance art into one unique and mesmerizing art form.

Charlene Lanzel is a multi-faceted diamond who seems to shine at every point. Leaving no stone unturned, she keeps us wondering where she'll turn up next.... 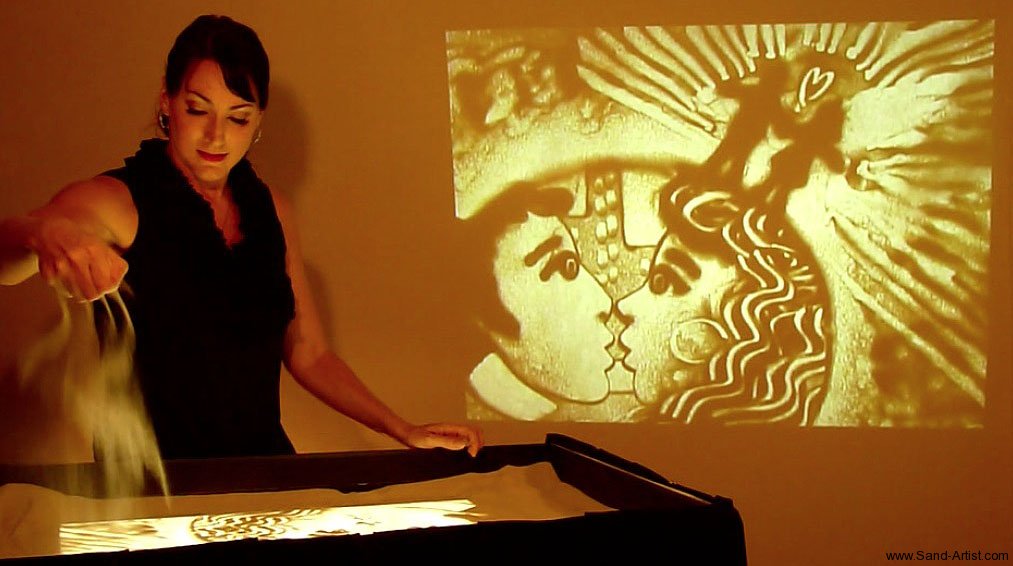 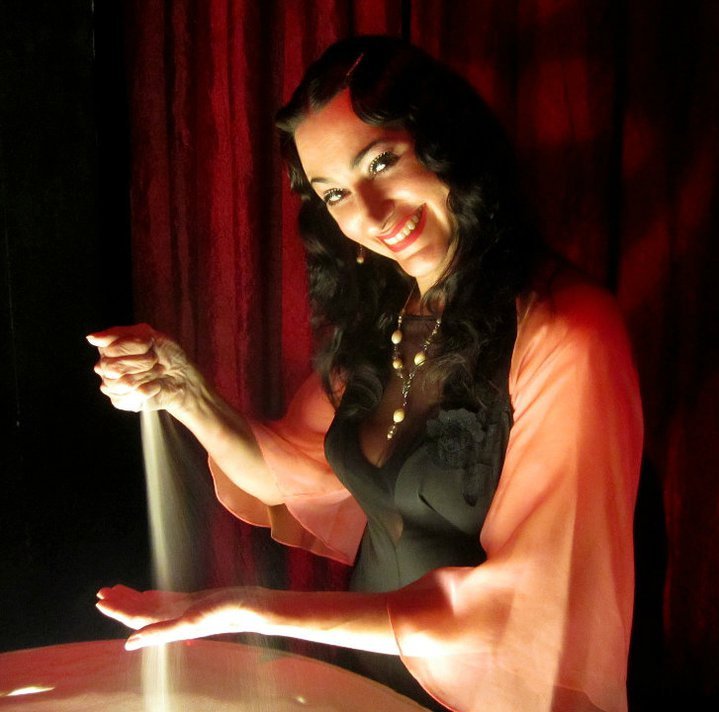 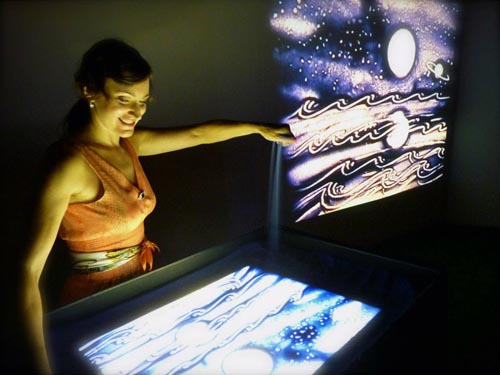