Launched on the success of their summer 2009 engagement at the Trump Taj Mahal Entertainment Resort, Almost Angels, while continuing their residency with the Trump organization, now perform for corporate events, festivals and public concerts all over the country. Their celebrity expands with every performance as new fans discover this one-of-a-kind act. Almost Angels is a cover band experience like no other - concert quality choreography on the level of todays' biggest acts like, Beyonce, Rihanna and Britney; add concert quality production and the group's exceptional vocal and musical talents and THAT'S, Almost Angels. It's a touring-class performance experience of all your favorite hits, performed by a band that's proving they have just as much talent, just as much swagger as the artists' who inspired them in the first place. Almost Angels is a "must see" attraction; it's the place to be and be seen; the party you just have to make.

Says vocalist and choreographer, Gina C., "I always try to push the choreography to new heights. It keeps the show fresh and excites the audience when they see something they're just not expecting. At the end of the day we are a choreographed cover band on steroids! We work it every day, every night! It's a production of your favorite hits delivered on the level of any national touring act. The choreography is very challenging, always sexy and always playful. We also spend a lot of time out in the crowd. We just think it's important to bring the party to the audience, breaking down that wall between the stage and the fans - come into their space and make them part of the performance. Audience interaction is a very big part of our show."

"When you witness the audience response with every Almost Angels performance, you realize
just how special this is. They rival the Pussycat Dolls," says Steve Gietka, President of SMG Entertainment, an entertainment consulting company. "I've booked the biggest acts in the business. This band is so talented and among the most driven I've ever work with."

If you're looking for a fun, sexy, trendsetting, high-energy party band look no further. It's Almost Angels - Heaven Sent, Hot as Hell! - 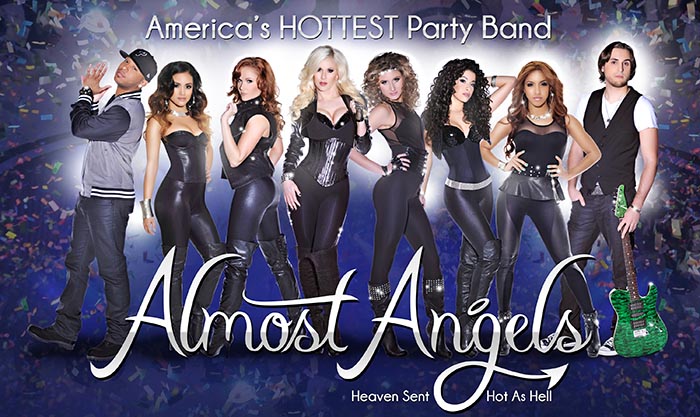 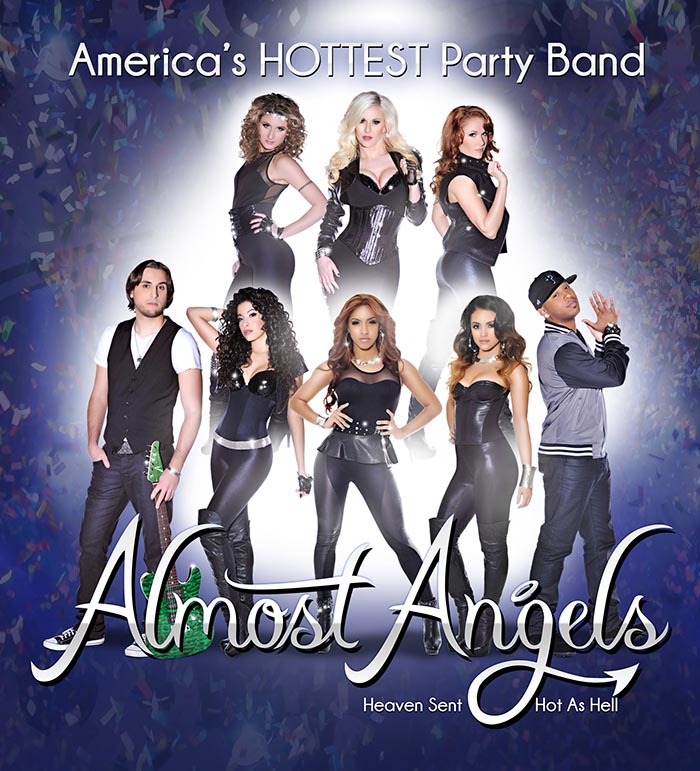